We are celebrating with the Oxfordshire Environment Partnership (OEP) after having jointly collected the prestigious award for "Best Food Waste Reduction & Collection system" at this year’s AD & Bio Resource Association (ADBA) awards ceremony. 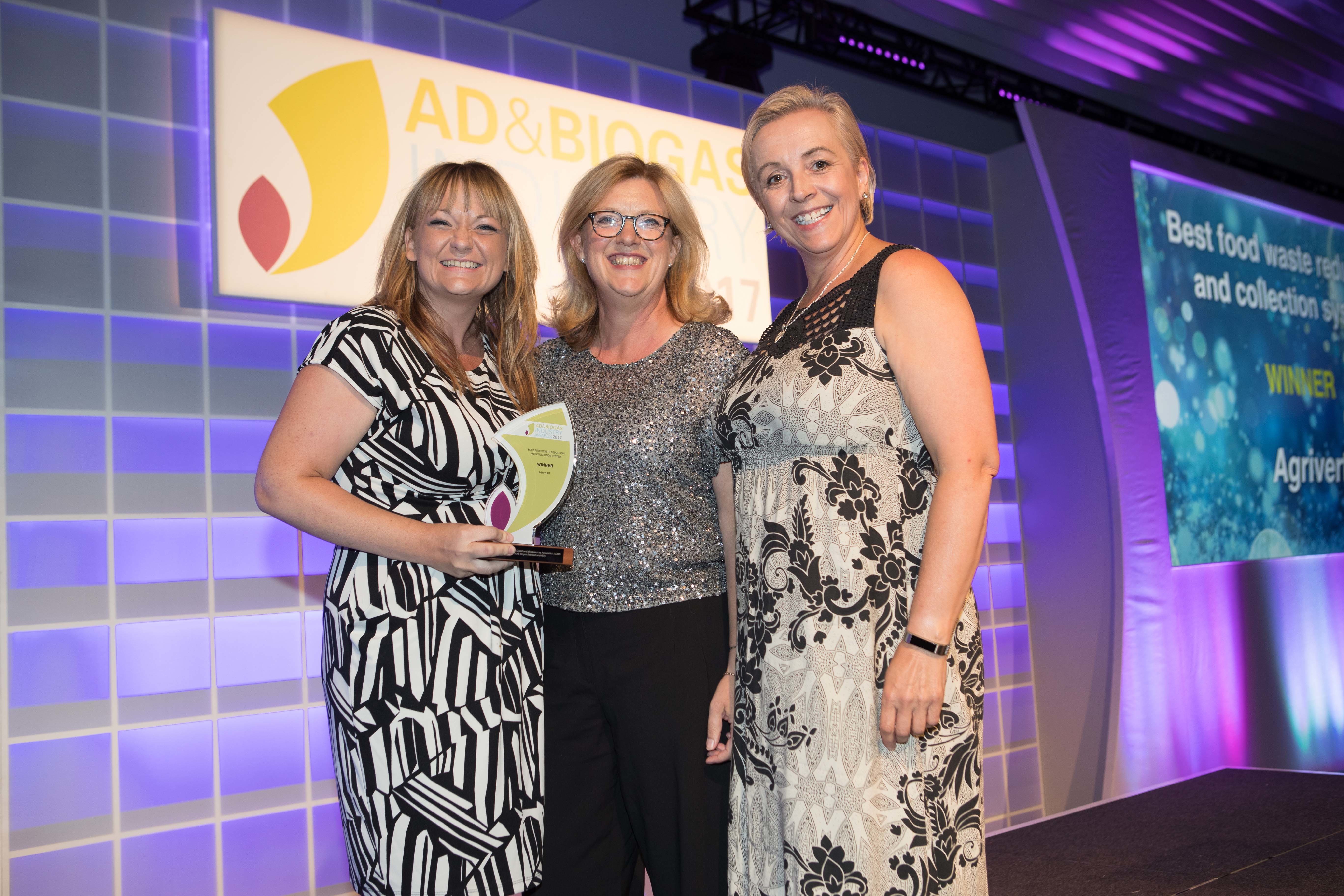 Felicity the Food Caddy, famed for her work educating Oxford City’s householders on the benefits of segregating their food waste for recycling, joined us to collect the award from Radio and TV presenter Charlotte Smith, along with other members of the Oxfordshire Environment Partnership.

Agrivert have worked closely with Oxfordshire since 2009 to deliver high levels of organic recycling for the entire county. However, over the past year, in response to austerity, they have experienced increasing pressure to cut costs whilst increasing recycling rates.

After significant analysis, the OEP deducted that food waste participation and capture rates could be improved and so challenged Agrivert to collectively develop initiatives to help improve these whilst further cutting costs.

As a result we developed a comprehensive joint action plan with the aim of increase participation rates from the existing 50-60% (dependent on district).

Oxford City were the first district to roll out the various projects including the provision of free plastic caddy lines for residents across the county, leafleting and door knocking exercises, bin stickering and a host of PR/community engagement, and we were thrilled to see an increase in volumes of 18.5% in the first month of implementation when comparing it to that same month in 2016.  Should this increase continue throughout 2017 in Oxford City alone it would equate to a carbon benefit equivalent to taking 958 cars off the road.

“We are delighted to be recognised for the work Agrivert and Oxfordshire have achieved together. We have implemented a number of initiatives that delivered an increase in food volumes of 18.5%. This is no mean feat in an area such as Oxfordshire which is already one of the top performing disposal authorities in the country.  A fantastic example of how focussed partnerships can deliver positive results.”

"UK AD & Biogas Awards 2017 was a fantastic celebration of talent and innovation in our industry. Congratulations to all those who received an award; the standard this year was exceptionally high, which is excellent news given the scale of the contribution the AD industry can and needs to make urgently to the Paris climate change commitments and UN Sustainable Development Goals."

To read more about the awards and other winners visit ADBA's news story here.