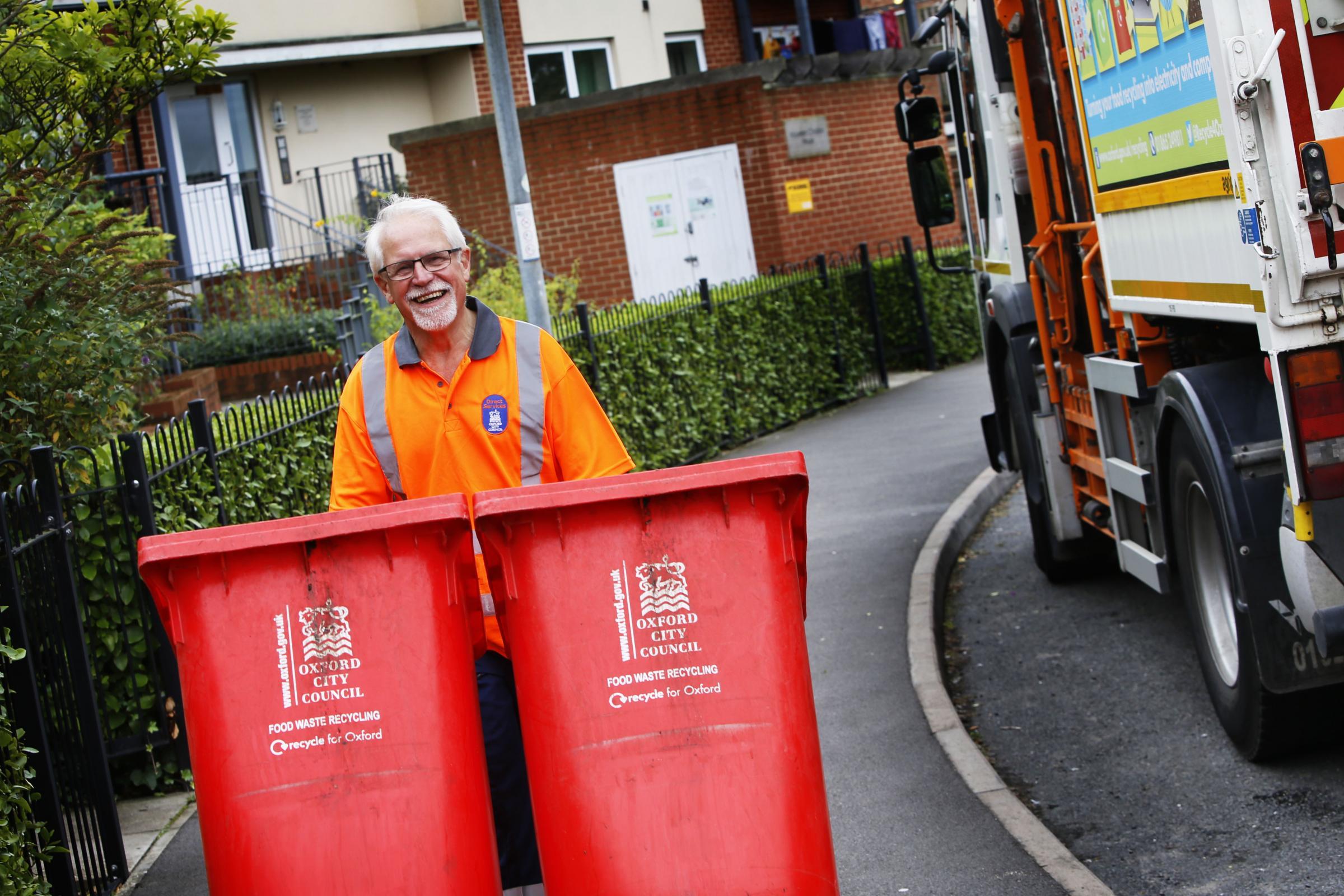 Many of us have woken early in the morning and been dimly aware of the sounds of the bin men outside collecting our week's worth of waste. But how many of us can say we've ever taken the time to say hello to our friendly local refuse team or find out what they do?  That is exactly what Oxford City Councillor John Tanner did last week.

The city of dreaming spires has long been good at encouraging residents to recycle, and last year celebrated its best-ever recycling rates of 46.9 per cent.

However, it still has a way to go to match its next door neighbour South Oxfordshire, which was last year named the best district in the country at recycling for a third year in a row, with a whopping 66.6 per cent of all waste turned into something new, from plastic cups to electricity.

In particular, Oxford has long struggled to get more residents to recycle food waste, with many still chucking it in their regular bins.