Severn Trent Green Power is announcing the latest expansion of works at their anaerobic digestion (AD) plant in Stoke Bardolph. 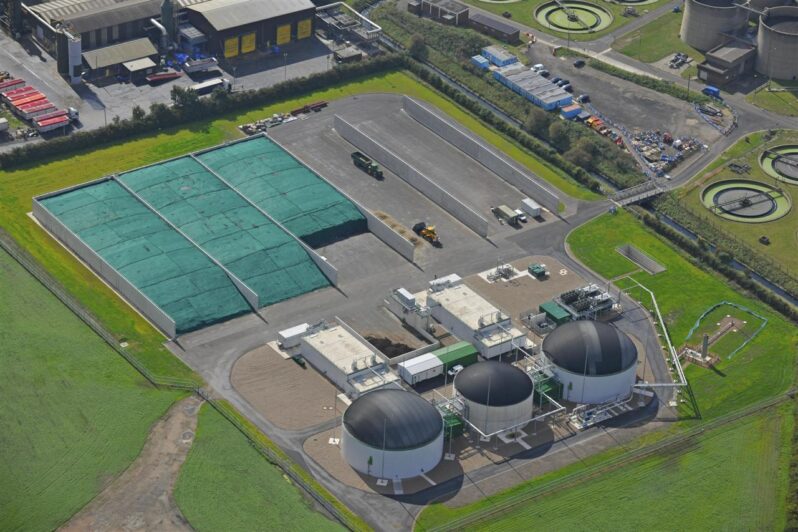 One of our nine AD plants, Stoke Bardolph will undergo six months of refit and upgrades to create additional storage for crop silage and maximise the plant’s capacity to generate more biogas – which will increase its annual renewable energy production by approximately 10%.

This is the Nottinghamshire plant’s fourth phase of expansion since originally built in 2010. Once the expansion work completes later this year, Stoke Bardolph will be able to process a staggering 89,000 tonnes of crops and boost its generation capacity to 50 GWhrs, enough to power 14,500 homes for a year – making it one of the largest crop AD facilities in the UK.

John Jackson, Energy Crop Plant Manager at Severn Trent Green Power, said: “Stoke Bardolph has been an incredible journey for everyone involved from its initial build in 2010 to this fourth and latest phase of expansion in 2022.

“Other than the green energy produced, we also make sure the by-product doesn’t go to waste. Stoke Bardolph produces around 18,000 tonnes of solid digestate a year which can be used by soil improver manufacturer as a peat replacement, while the liquid digestate is a great alternative for farmers to use as a land fertiliser.”

Currently, Stoke Bardolph transforms 80,000 tonnes of agricultural crops into 46 GWhrs of clean energy which is enough to power 13,000 homes for a year. The plant processes a variety of crops from adjacent farmland which has been used for the safe recycling of sewage sludge for over 120 years.

For more information about the plant, please visit the link below or contact us to discuss recycling a specific waste stream.